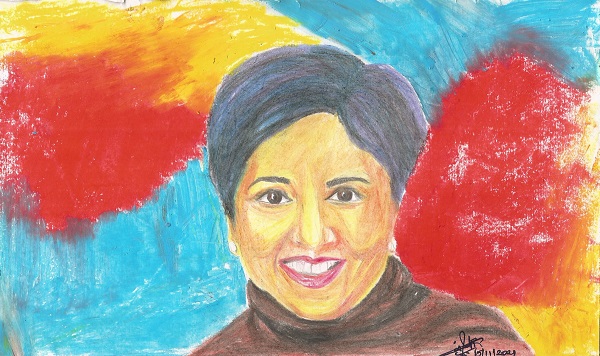 Rags to riches stories are a staple of literature and popular culture, perhaps because they offer one way to sublimate ambitions with little hope of realization. Not everyone who is thrust into poverty after being deserted by their clan on the Mongolian steppe has a shot at becoming Genghis Khan, rising out of adversity to forge a world empire. Even a more modest Ragged Dickesque ascent from the ranks of shoeshine boy to those of gentleman wearing well shined shoes is less often encountered in life than in Horatio Alger yarns. This story type is most interesting, from a narrative point of view, when the protagonist’s journey from the bottom to the top starts at a point well below the average and ends at a point well above what seems probable. For her meteoric rise to be a satisfying story the rags-to-riches-heroine needs to start from a position of complete destitution. Put her in a middle class home with its usual opportunities, joys, disappointments, and brushes with tragedy, and then even her rise to the presidency of the United States is immediately less interesting. This story arc can only be rescued from narrative indifference if she’s a colourful personality, someone perpetrating incredible hijinks, always getting into capers which strain our moral muscles but from which we come away with her stronger rather than broken. None of this is true of the story of Indra K. Nooyi’s life; it has neither a rags to riches trajectory nor the emotional heft of a tale worth the telling. It is fitting that this stylized ledger of Nooyi’s deeds, personal and professional, is delivered in a monotone, grocery list, register. The troughs and peaks in this memoir are equally unremarkable in the treatment they receive, and the ending is clear right at the start. Indra Nooyi was born, she worked hard, and with a little luck she succeeded.

Nooyi grew up in a middle class Indian home where education was valued, extracurriculars were encouraged, and outdated gender biases were gradually revised in a desirable direction, allowing her to realise her full potential in America; which she admits is the only country in the world where she could’ve had the opportunities she’s had. “[I]f you really want to be who you are, you want to thrive as an individual, come to the United States” she says in an interview about the book offering a bit of actionable advice, present also in the book which is otherwise padded with generic bromides about working hard, believing in oneself, and speaking truth to power. The energetic and motivated Nooyi’s first job after graduating from IIM Calcutta was at Mettur Beardsell a Madras-based textile company owned by Tootal, of Manchester, UK. A job that didn’t require her to leave her hometown was attractive enough at the time, but it proleptically turned out be a decisive moment in her career trajectory. Fascinated by the woman from a management school, the first at Mettur Beardsell, an Englishman Norman Wade, her boss’s boss acquainted himself with her family, and becoming convinced of her potential encouraged her to go to America. As an upper echelon professional at the Madras-based textile firm Nooyi was able to purchase her first car but unable to veto her mother’s 7 p.m. weekend curfew and the “strict gas allowance” doled out to her from her own executive salary. Her second job was at Johnson & Johnson for double the pay, and here she learned that long hours and working weekends were part and parcel of the employee experience at American multinationals. Working on the Indian launch of the sanitary pad Stayfree in 1977 she moved to Bombay where she had to endure the paternalism of landlords who insisted on a 7.30 p.m. curfew. While she accumulated experience at Mettur Beardsell and Johnson & Johnson Nooyi saw many of her college buddies, “all men” (p. 50), leave for the US to get their master’s and PhDs. Now she would follow suit. The situation hasn’t changed much since the 70s, as she correctly notes, and even now the best and the brightest who receive subsidised education at Indian institutions must go abroad to realise their professional ambitions.

At Yale Nooyi spent $50, her entire savings at the time, to buy an oversized two-button jacket with matching slacks, and a “turquoise polyester blouse with light-blue and dark-blue vertical stripes” (p. 63) to interview for a summer job. Despite eliciting a gasp from her shocked peers and interviewers she was offered the position. It was clear in America firms were willing to look past race and a horrendous outfit to hire on the basis of what a candidate said and what they could potentially contribute. Based on this insight, and sage advice from Yale’s director of career development Jane Morrison, for her next interview she decided to dress in a sari; the comfortingly familiar unstitched draped Indian garment. Acing the interview which involved solving issues presented in a business case Nooyi bagged her first summer job in America at the consulting firm Booz Allen, Chicago. While at Booz Allen she wore a sari to work every day. She worked on strategy for an Indiana-based food ingredient company with a group of supportive colleagues and bosses who “coached” and “fully supported” her (p. 65), but found it wise to not take her to client meetings in Indianapolis wearing a sari; it would be “too jarring” in those days and she “fully understood and accepted” their decision. It was a “small price to pay” to be “a working woman in America” (p. 65). Her consulting career lasted a while after college, and she moved from Booz Allen to BCG where she found her tenure to be equally educative and edifying. BCG also taught her about the value of employee-centric policies like paid leave which acknowledge that workers are also persons with families, relationships, and commitments outside their professional lives. It was 6 months of paid leave given her by Carl Stern, the Chicago office head at BCG which allowed her to “be the daughter [she] needed to be” (p.79) without having to quit her job and thereby curtail her career during her father’s prolonged illness. Having received this advantage as an employee Nooyi is a champion of paid leave on behalf of workers across all industries. She also hopes that in service and other sectors with shift work it will one day be the norm to give workers a predictable schedule over a period of two weeks so they can have satisfying personal lives outside work without being punished with pay cuts or job losses.

Like many professionals who’ve reached the highest summits in their occupations Nooyi has had to put relationships on the back-burner. She’d have liked as much to have spent more time playing doting mother, devoted wife, and dutiful child to her aging parents as she liked figuring out the best product mix for PepsiCo or which franchise locations in its restaurant business provided the best customer experience. While she blames America’s skewed sense of the importance of work relative to life in the work life equation, Nooyi is admirably honest in admitting she’s a workaholic who’d probably be restless and unfulfilled if she hadn’t gone the extra mile on her job. When she came home elated to be chosen as President of PepsiCo her mother instead of letting her reveal her latest professional accomplishment told her to go get milk. Her mother reminded her nobody could take her place as “a wife, a mother, and a daughter,” and told her she ought to “leave that crown in the garage” (p. 142-3). Nooyi is generous to a fault when she says “I was enjoying big success, but the stability of our home meant I would be equally valued and important whether or not I had been named president of PepsiCo” (p.159). This may have been true of Nooyi’s family. But the stark reality in many Indian homes at home and abroad with traditional Indian ideas about a woman’s place is that parents of adult children leave no room for self-expression, personal or professional, unless the working woman also happens to be the one bringing home the bacon. There is a tendency among Indians to think every businessperson, entrepreneur, or professional who strikes it big is full of deep wisdom and rare insights that are both formulable as simple one-liners and directly applicable to the reader’s career trajectory or chosen path in life. Many Indian readers are turning to this memoir as if it were a textbook for Becoming CEO at an American Firm. If Goodreads reviews are any indication a good many of these readers are also somehow finding here lessons they could’ve concocted themselves: you must be born, you must work hard, and you must succeed. The third must in that compound sentence, of course, is not like the previous two. It doesn’t communicate an obligation or inevitability but only a subjunctive conditional whose enthymematically suppressed antecedent is: if you succeed. The reception of the book prompts one to deduce a modest corollary to the old chestnut about nothing succeeding like success. Nothing succeeds like a memoir by someone successful.